Which is Better, Kale or Spinach?

Should You Eat Kale or Spinach?

It felt like one day I woke up and the whole world was suddenly obsessed with kale. I thought it was a odd thing to be obsessed about but the nutrition does make sense. but what about spinach? Both Kale and Spinach look similar, is one better for you than the other? Let's investigate...

Kale is a incredibly nutrient dense food. It is packed full of vitamins including Vitamin A, K, C, B6, manganese, calcium, copper, and potassium. 1 Cup of kale has about 33 calories. ​This veggie is also loaded with antioxidants which have powerful cardioprotective, blood pressure lowering, anti-inflammatory, anti-viral, anti-depressant and anti-cancer effects. Kale can be argued to be one of the best source of vitamin C. In fact, 1 cup of Kale has more vitamin C than an orange!

Spinach and Kale are very similar. When it comes to nutrition they could even be considered equals. Spinach has roughly half the calories of kale but they are nearly identical when it comes to protein, fiber, carbs, fat, and vitamin B6. They also have almost the same amount of calcium, manganese, iron and potassium. ​

So whats the difference between the two? The truth is, there isn't that much of a difference. Spinach has more folate and magnesium and kale has more vitamin A, C, and K. Both kale and spinach will give you 100% of your daily vitamin K needs.​

So which should you pick? That's simply up to your personally taste. Since they are practically equal all this kale craze is just hype and you can get an equal amount of nutrients with spinach. So do with the one that is one sale or the one that you like better. I personally love spinach, especially in my salads. ​ 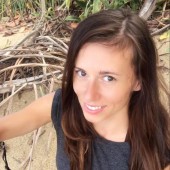 Budget Tips for the Ketogenic Diet

Before And After Workout Meal Ideas

Does Intermittent Fasting Boost Your Metabolism?